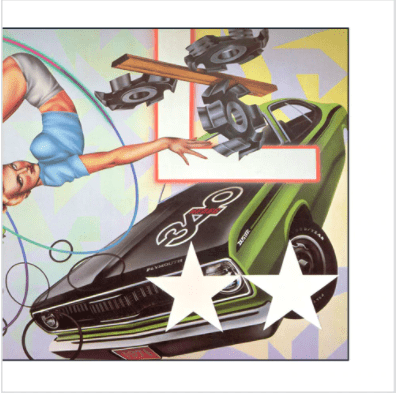 To celebrate The Cars 2018 induction into The Rock and Roll Hall of Fame – honoring the legendary bands incredible musical legacy and enormous commercial success – Rhino releases an expanded 2LP edition for Heartbeat City.

The album, which peaked at #3 on the charts, went on to sell four million copies, making it the bands fifth consecutive platinum album. An amazing success, the album launched five tracks that reached the Top 40, including the Top Ten hits «Drive» and «You Might Think.» Videos for the songs received heavy airplay on MTV, including «Hello Again,» which was directed by Andy Warhol, and «You Might Think,» which won the inaugural MTV Video Music Award for Video of the Year in 1984. Among the seven bonus tracks included on HEARTBEAT CITY: EXPANDED EDITION are unreleased versions of «Why Cant I Have You» and «I Refuse,» as well as the demo for «Drive.»

The Cars are an American rock band that emerged from the new wave scene in the late 1970s. The band originated in Boston, Massachusetts in 1976. With its sleek, mechanical pop/rock, the band racked up a string of platinum albums and Top 40 singles that made it one of the most popular American rock & roll bands of the late ’70s and early ’80s. The Cars were inspired by proto-punk, garage rock, and bubblegum pop. The Cars were named «Best New Artist» in the 1978 Rolling Stone Readers’ Poll and won «Video of the Year» for «You Might Think» at the first MTV Video Music Awards. As of 2001, the Cars have sold over 23 million albums in the United States.