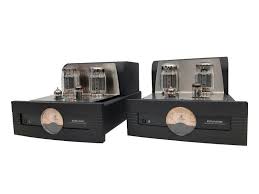 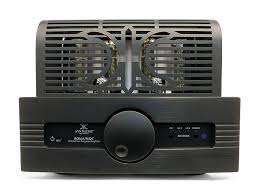 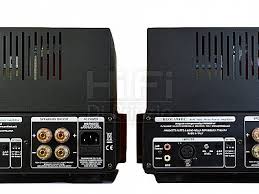 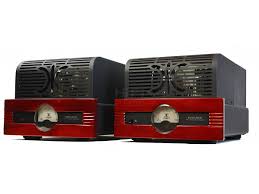 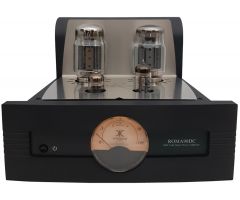 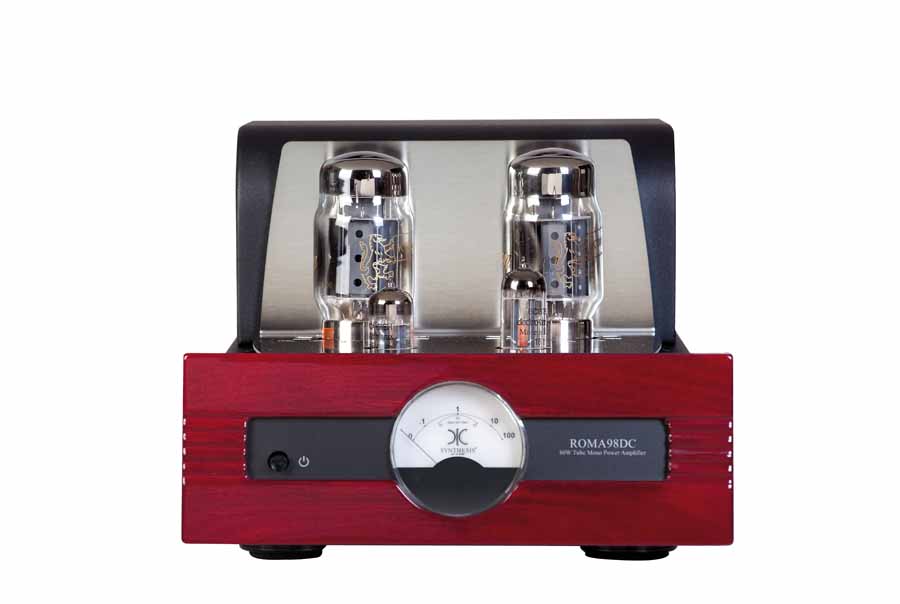 I had several reasons to get excited at reviewing the Roma 98DC from Synthesis. Not only did it combine the excellent KT88 tubes but it also used one of my favourite valves, the 6CG7, often seen in Audio Research and Stax amplifiers due to their excellently detailed and musical sound. This is a mono amplifier meaning you will obviously need two, and that ticks another box for me, or rather two. At under €5000 for a pair this is extremely good value. The word ‘synthesis’ means the combination of components or elements to form a connected whole. The more I listened to this power amplifier the more I could see that all those components – more on those later – worked in tandem to produce a highly musical and connected entity. The “Roma” series is one of three lines of products from the company, and this is the only power amplifier in a large line-up of tube and hybrid integrated amps and CD players. Synthesis has made power amplifiers in the past; the ‘Theatre’ and ‘Celebration’ went out of production some years back.  Synthesis Art in Music, to give it its full name, was founded by Luigi Lorenzon in 1992, with their first success being the Nimis dual-mono integrated. Each product is totally handmade within the company in Morrovalle, Italy, with particular care and attention to the transformers. This latter point is worth mention. Luigi’s father founded FASEL in 1961, a company making transformers for valve amplifiers, and which rapidly became a significant manufacturer of output transformers, power transformers, chokes, and inductors for musical instruments. It is, therefore, not surprising that Luigi himself would have learned a lot about transformers, later deciding to combine his acquired technical knowledge with his love for music to create Synthesis Art in Music. The output transformers in the Roma 98DC are hand assembled in the company and are notable for their particularly wide frequency response and very low distortion. Synthesis are a small company with Luigi in R&D, three gentlemen working in production, and one in administration, plus Ludovica in PR, who kindly supplied the review sample. 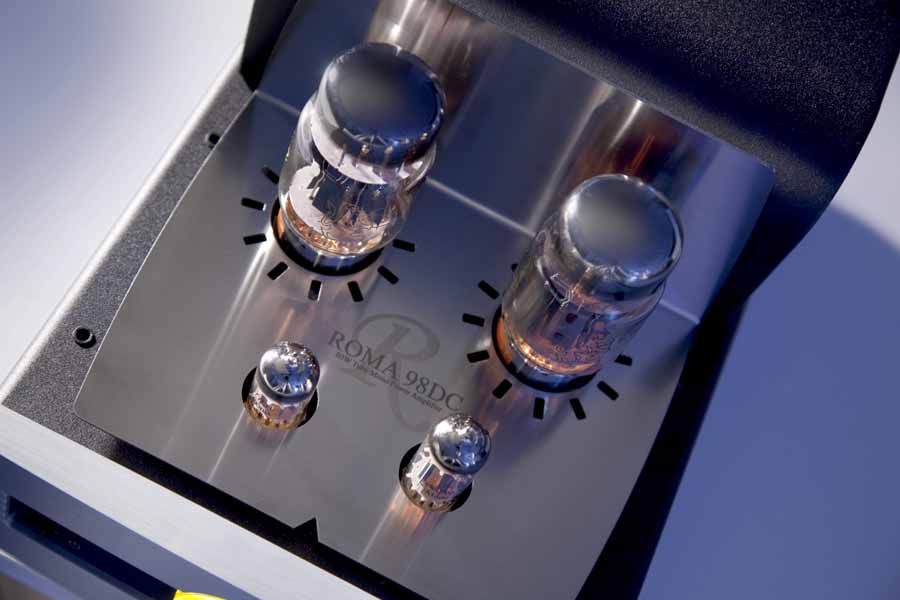 What is immediately noticeable is the use of lacquered wood on this and other Synthesis models. This really was a good-looking amp; supplied for me in an almost Ferrari-red wooden front panel with black frame and valve guard. Other colours are available, including lacquered piano black, lacquered dark mahogany, and the two aluminum finishes, black and silver. Other finishes available on request. There are 4 valves; a pair of KT88s in push-pull and ultra linear configuration, delivering the ample 80W power-stage, plus the 12AY7 double triode input stage and 6CG7 driver. The 12AY7’s later brother was the 12AX7 (ECC83) which had more than double the output, but the 12AY7 was chosen because they produced the best sound for the Synthesis, in that all-important first stage. Indeed, the 12AY7 has a rich warm sound, which was apparent when listening to the Roma 98DC. One can alter the bias on each of the two KT88’s if, for example, you replace the tubes, but you will need an Alan key in order to remove the guard, however a screwdriver for bias tuning is supplied. An 80W valve amp for under €2499 each is a very good price, and the website stresses the “almost maniacal attention to detail” going into producing it. There are two sets of loudspeaker outputs for bi-wiring, a balanced XLR input and a choice of unbalanced  RCA “direct” and RCA “filtered” inputs – the latter has a -3dB attenuation at 20Hz and 20KHz. Obviously, you mustn’t connect to both RCA sockets simultaneously, and there is a switch at the back to choose between XLR and RCA. Completing the rear is a small screwdriver volume control to finely adjust to get a perfect match between the pair of monos. Overall build quality is excellent, as is the instruction book completing the package. There is no indicator for the off-on button, though the front VU meters light up. In a bright room the illumination might not be apparent so I personally would prefer an indicator as well. The logarithmic VU meters go all the way up to 100W with mid-position at 1W. They seemed accurate. All construction is done in-house. This is not a designed-in-Italy-but-made-in-China affair. It is all done in house. This is even down to the choice of insulating paint on the metal plates on the transformers, in order to reduce vibration. The whole process includes painting, leaving in the air to dry off, and then putting in an oven for four hours at 100°C exactly. 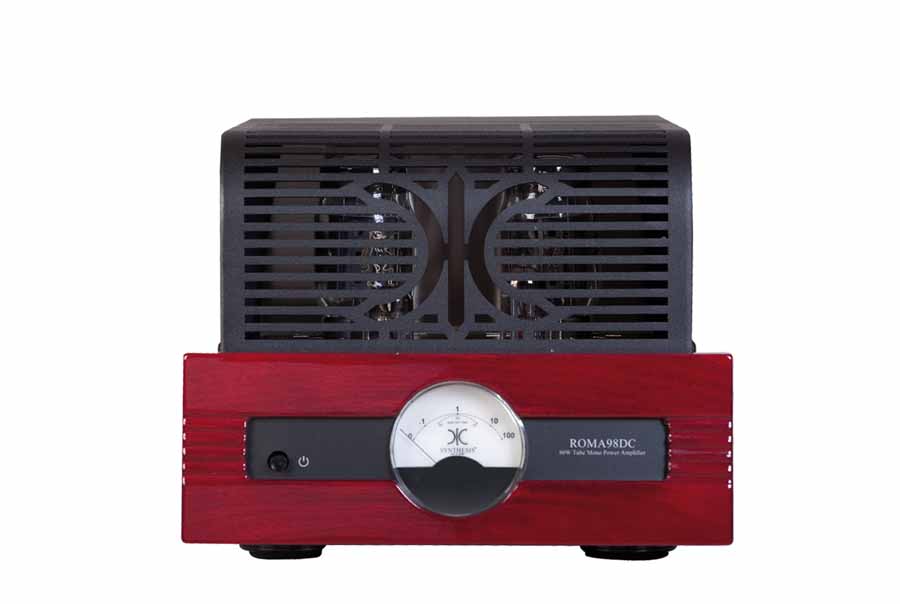 My first listening was Phil Collins ‘No Jacket Required’. Tons of digital drums and synths in this, and many an amplifier (particularly transistor) make heavy listening out of it. This valve amp gave an excellent punchy sound with great initial transient speed and full control of the music with an openness that made it easy to understand what is going on in the music. With “Sussudio” the digital drums were almost acceptable to my musical ears, and “One More Night” was velvety smooth as a valve amp should be, the solo saxophone coming out of the ether beautifully blended in with the synth and drums. Next on the platter was Andre Previn’s version of the Holst Planet Suite, one of my all-time favourite works, not least because I once got to sit on the very chair and touch the piano he wrote it on whilst teaching music at St Pauls Girls School in London. Only the very top percussion parts weren’t as crystal clear as I would have liked them to be, but the bass was excellent. Side 2 track 2 Uranus “The Magician” had a beautiful clarity to the strings, with formidable brass and flowing flute lines. The percussion has its chance to let it all out, and this is beautifully controlled with an excellent bass drum. I pumped up the amp to over 10W, though the bass drum had plenty in reserve if needed. The last track is my favourite. Such a sad and lonely cry from Neptune “The Mystic”. This movement has 7 beats to the bar, which unless a Dave Brubeck jazz piece just wouldn’t normally sound quite so musical, especially for a quiet number, but this just flowed so well. All the running lines from the Celesta were brilliantly articulated by the Synthesis. No shortage of top frequencies here. Holst’s Planet Suite was written before the discovery of Pluto, though that planet has now been reclassed as a dwarf planet. They think there are as many as 10,000 planets and dwarf planets in the solar system. That would make a very long work, if Holst was still around.

Keeping with classics I decided to play Mozart’s Piano Concerto No23 in A major K488 (Ian Hobson/English Chamber Orchestra) because it can sound rather woolly and confused unless the amplifier can eke out the details from within. My valve Leak Stereo20 can sound so gorgeous but slow and cluttered when playing this, but the Synthesis opened up every instrument into their separate parts, plus the reverb was allowed to hold out to its bitter end. Only the mid ranges were slightly too pronounced, but this was in the recording; playing Mozart’s Piano Concerto in D minor k466 (24/96 via my streamer) had a completely open and detailed performance with a much clearer top end. My point, that the Roma 98DC doesn’t augment colourations in the performance, but it also doesn’t take anything away from the music. If you want over-excitement look elsewhere; this is pure honest music to the highest order, something we should all want. The piano was in the room in front of the orchestra, playing away with effortless ease. This was as good as it gets.

Turning to Muse ‘Drones’ and “The Globalist”, the long string phrases, vocal whistling, lots of atmosphere and a sense of being in the wild wild west were captured so well by the 98DC. Excellent bass end and pin-sharp percussion. Even when Muse let rip all was still highly controlled. The Elgar Enigma Variations spoof was highly successful as were the harking back to 17th century motets at the end. There was so much space in the performance that one could almost touch the musicians. Turning to “Walking on the Moon” (Y H Trio) again there was so much space to breathe but still to be boisterous when it needed to be. All the detail was ably performed with pin-sharp accuracy and ample power in the bass and toms. Again, the saxophone had plenty of breath with the double-bass positioned clearly in the soundstage accompanying it.

Turning to one of my favourite groups, Alan Parsons Project, and their ‘Eye in the Sky’ album the Roma was able to give a highly enjoyable performance with great ease and fast initial transients, for example the snare rimshots on the penultimate track. Alan’s voice was clearer on the Roma than my own Krell amp which made it rather nasal.

Finally to London Grammar and the album ‘Truth is a Beautiful Thing’. This could so easily sum up this amplifier. The sound was so truthful, making for a very enjoyable performance. There was a sense of authority and tightness but at the same time a calmness and delicacy. Nothing was missed out in the performance, including pressing the foot pedal damper on the piano or the vocal breaths. In all the music that I played there was great retrieval of detail, with a realistic soundstage, and it didn’t matter how large or small the instrumentation or dynamics, it covered them with ease and honesty. 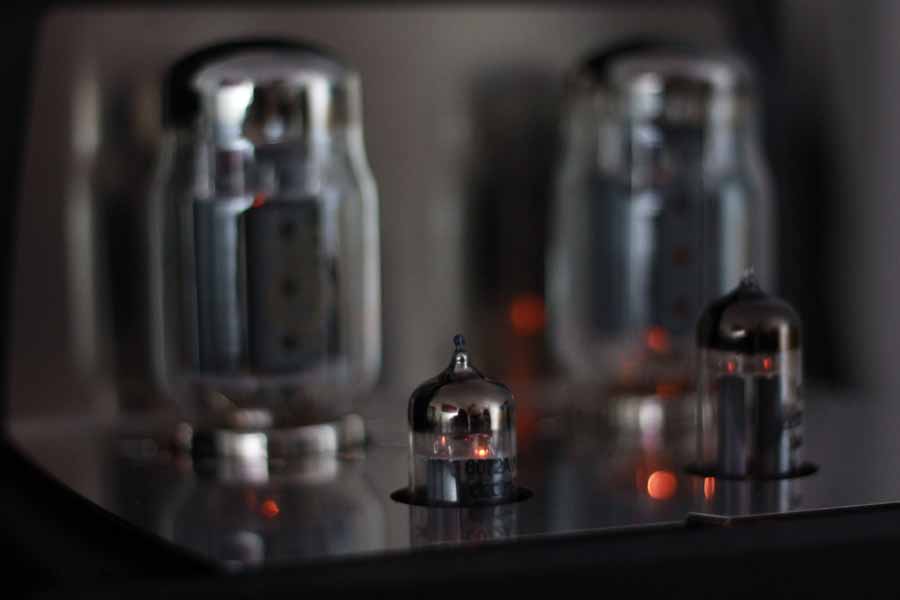 I get to listen to so many amplifiers and many just sound the same that you can end up repeating the same words each time, but this was different. Not only did the Synthesis deliver with accuracy and speed, but it did so with a musicality that is often missed out in amplifiers. OK, it might not be as creamy as my Leak Stereo20 or as punchy as my Krell, but it was pure honest reproduction of the music, which is what we should all be wanting. €5000 is a small price to pay.

Value for Money: €2499 per mono is excellent value for the sound

Nothing at this price 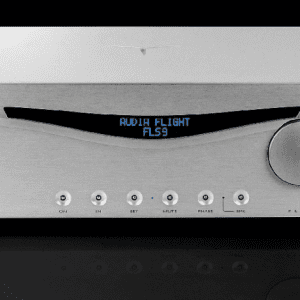 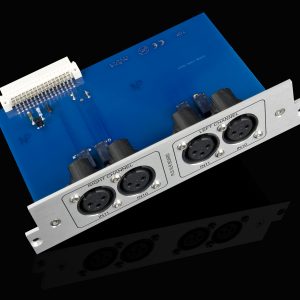 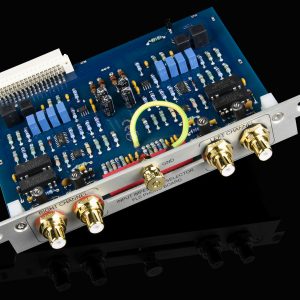 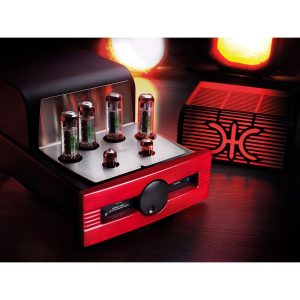