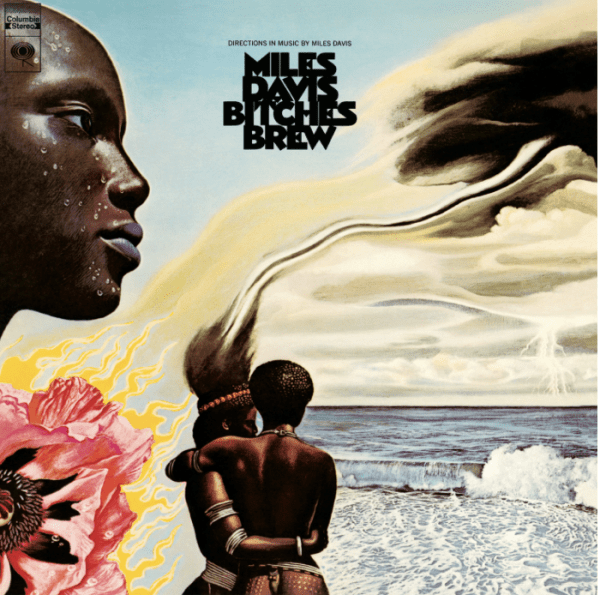 Bitches Brew is thought by many to be the most revolutionary album in jazz history, having virtually created the genre known as jazz-rock fusion and being the jazz album to most influence rock and funk musicians. This double LP includes only six cuts and featured up to 12 musicians at any given time, most of whom would go on to be high-level players in their own right.

Bitches Brew became the first gold record of Miles Davis’ extraordinary career. The series of sessions, begun in August of 1969 and stretching until February of 1970, were basically obsolete by March, when Miles began working with a smaller, guitar-based ensemble.

But for a time, Columbia Recording Studios was a very magical place to be. Miles added to his Silent Way concept (more keyboards and guitar) with soprano saxophone, bass clarinet, additional drums and percussion, plus African, Indian and Brazilian instruments.

The result was unlike any music heard before or since. A complete rejection of traditional songs, chord progressions, or even melodic conventions, Miles’ new thing signaled that music could be just layers of texture and sound. With all of music going through an upheaval, the trippiness of Bitches Brew snared a lot of new listeners, thanks to underground rock stations that took to it.