Michael Brecker Nearness Of You: The Ballad Book 180g 2LP 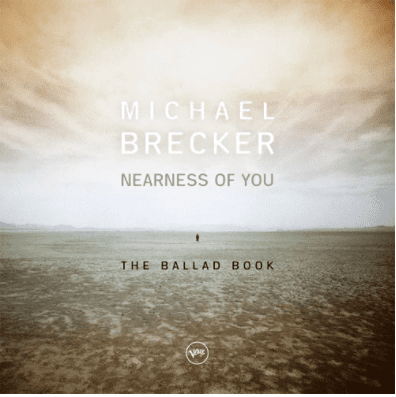 Michael Brecker Nearness Of You: The Ballad Book 180g 2LP

The seven-time Grammy award-winning tenor saxophonist, Michael Brecker brings an all-star band together on this first ever ballad project titled «Nearness Of You – The Ballad Book». Accompanied by Herbie Hancock on piano, Pat Metheny on guitars, Charlie Haden on bass, Jack DeJohnette on drums, and a special guest appearance by James Taylor, singing his sensational hit «Don’t Let Me Be Lonely Tonight» and Hoagy Carmichael’s «The Nearness of You», the tenor saxophonist creates rich resonant statements on 11 songs collected in two chapters and their epilogue.

Brecker has updated these great songs with the addition of Pat Metheny’s excellent production prowess on such great ballads as Joe Zawinul’s «Midnight Mood» and the Kurt Weill-Ira Gershwin standard «My Ship». «Midnight Mood» is sensual and seductive, complete with a blithe piano solo by Herbie Hancock in the middle section. Hancock fills in the beauty of Brecker’s saxophone lines on this arrangement that is partially based on guitarist Wes Montgomery’s version.

James Taylor sings one of the best renditions of his «Don’t Let Me Be Lonely Tonight», and it’s clearly due to the excellent musicians on this LP. Pat Metheny excels as a serious jazz artist with his well thought out treatment of «Nascente», which was inspired by Gil Evans’ classic 1948 arrangement for Miles Davis on «Miles Ahead».

Michael Brecker has clearly maintained his status as one of the best tenor saxophonists on the jazz scene, and this, his eighth album as a leader, is well within the musical excellence previously recorded.

In the age where faster and more convenient is thought to be better, the increase in demand for the retro vinyl LP worldwide is clearly attributed to the satisfaction from the sound offered by analog products impossible to be replicated by CD and digital products and the delight of touching, feeling, and possessing this masterpiece-like large artwork. Furthermore, LP records have both rarity and history that increase their value over time and serve as an attractive factor for collectors.