Leonard Cohen Thanks For The Dance LP 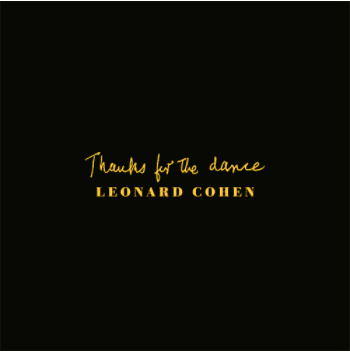 Leonard Cohen Thanks For The Dance LP

When Leonard Cohen died in November 2016, the enigmatic icon left behind a catalog of dark, thoughtful treasures — 14 studio albums’ worth of bleakly soulful, eminently quotable poetry. With help from an assortment of past collaborators, including his singer-songwriter son Adam, Cohen is set to return with a new collection of missives from beyond the grave. Titled «Thanks for the Dance», the collection includes the short piece called «The Goal.»

The sketches of these songs were already there, with Cohen asking his son Adam (producer of ‘You Want It Darker’) to bring to completion once he had died. Seven months following his death, Adam started piecing together the album, recruiting members of The National and Arcade Fire, with various orchestras and choirs contributing towards the final vision: a posthumous album that was wanted and planned by the artist and left for his son to finish.

«Three years after his death, Leonard Cohen returns in spectral fashion. These nine songs, whose vocals were recorded shortly before he succumbed to leukemia, drew the attention of his son, Adam Cohen, who produced the record and wrote, or co-wrote, most of the album’s music… The mood is somber, the arrangements sparse. The opener, «Happens to the Heart», finds Cohen, in a gruff whisper, delivering his own eulogy as he reflects on his life, his politics, his religion, and his art… «Listen to the Hummingbird,» which closes the album, makes it clear that the listener should look not to recording artists, but to God and creation for inspiration. It’s a touching reminder of Cohen’s greatness.» – Greg Cahill, The Absolute Sound, February 2020

Leonard Cohen wrote and recorded until near his final breaths – the work, it was understood, was keeping him alive. Arriving three years after his death, Thanks for the Dance is a surprise, a sort of séance as shiva, a magnificent parting shot that’s also that exceptionally rare thing – a posthumous work as alive, challenging, and essential as anything issued in the artist’s lifetime.