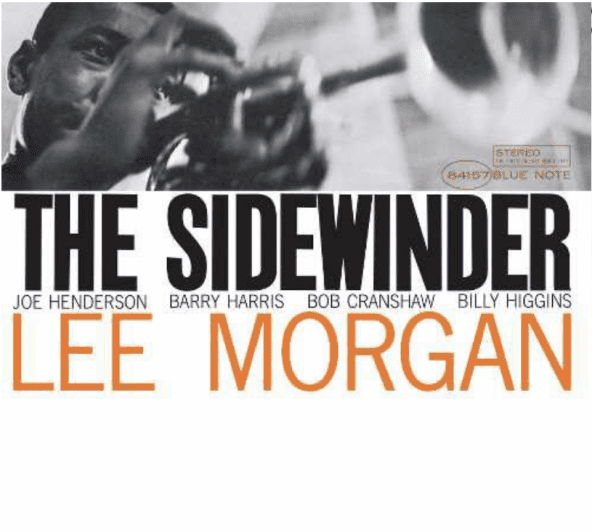 Lee Morgan’s magnum opus The Sidewinder – recorded in 1963 and released in 1964 – was both a comeback and a coronation. The prodigious trumpeter had debuted on Blue Note in 1956 at the age of 18, but personal problems in the early-60s forced him off the scene temporarily. His rebound recording turned out to be The Sidewinder, an assured and energetic set of 5 indelible Morgan originals featuring tenor saxophonist Joe Henderson, pianist Barry Harris, bassist Bob Cranshaw, and drummer Billy Higgins. The album became his biggest commercial success fueled by the irrepressible title track.

Blue Note is proud to present the Blue Note Classic Vinyl Reissue Series, a continuation of their acclaimed Blue Note 80 Vinyl Reissue Series which was launched in celebration of their 80th anniversary in 2019. The Classic Series will once again feature all-analog 180g vinyl pressings in standard packaging that are mastered by Kevin Gray directly from the original master tapes and manufactured at Optimal in Germany.

In a review of the BN80 Vinyl Edition of Dexter Gordon’s Doin’ Allright, Analog Planet wrote «this reissue is a success for Blue Note in terms of quality at a great price point, and I look forward to the rest of this excellent and affordable series.» In selecting the BN80 Vinyl Edition of Herbie Hancock’s Takin’ Off as their Recording of the Month, Stereophile awarded the sonics of the pressing 4½ stars writing «The sound of this reissue is strong and articulate, with balance and clarity from all the instruments.»

1964’s The Sidewinder holds a special place as it became the label’s best seller at the time, rescuing it from insolvency. And it’s not hard to guess why it achieved such success. The five songs Morgan and his ensemble, which included saxophonist Joe Henderson, drummer Billy Higgins and wildly underrated bassist Bob Cranshaw, are steeped in the sounds of R&B and early soul. The title track is all groove and hip-swinging sass, anchored by a bounding bassline, and tunes like ‘Boy, What A Night’ and ‘Totem Pole’ have the sleek, ineffable cool of a classic car and the energy of a boisterous nightclub.