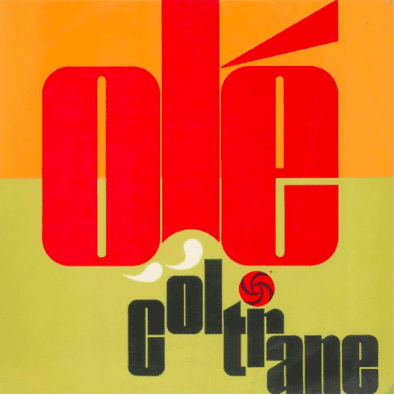 Mastered From the Original Master Tapes: Each Pluck of the Upright Instruments Registers With Tremendous Body

John Coltrane’s final album for Atlantic bookends the exploratory motifs he explores on his Impulse! debut, Africa/Brass, recorded concurrently, with each involving knotty rhythmic shifts and Spanish-derived textures. Bonding with an amazing band that includes pianist McCoy Tyner, drummer Elvin Jones, and an uncredited Eric Dolphy (due to contractual reasons), Coltrane welcomes improvisations and ranging outside conventional parameters, all the while retaining melodic beauty.

Yet the biggest attraction on the 1961 effort comes via the double-bass interplay between Art Davis and Reggie Workman, whose back-and-forth exchanges produce heat and cause the leader to up his own game.

Mastered from the original master tapes, this dead-quiet 180g 45RPM 2LP set presents each pluck of the acoustic basses with tremendous body and decay. Long overdue for audiophile treatment, Olé Coltrane is ready for its closeup, and how.

This is a High Fidelity Recording. Transfer from master tapes to master lacquers is made on Ampex 300 Tape Recorder, Scully Variable Pitch Lathe, and Grampino Feedback cutterhead. The variable pitch control of the Scully widens the grooves for load passages adn narrows them during quieter sections, forming the light and dark patters that can be seen on the surface of the pressing. The finest vinylite compound is used. For best results observe the R.I.A.A. high frequency roll-off characteristic with a 500 cycle crossover.