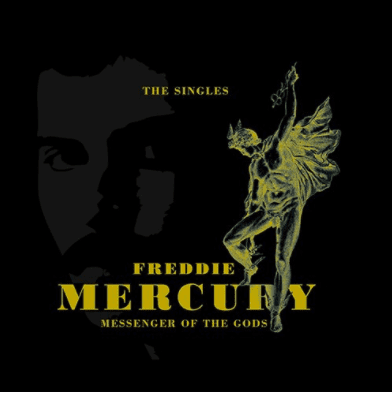 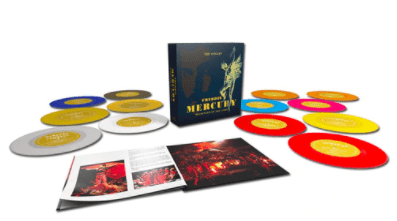 All 13 Singles Brought Together In A Deluxe Box Set For the Very First Time!

Freddie Mercury was a man of many talents and many different sides. The songs he wrote for and with Queen filled stadiums around the globe and have rightly gone down in history, but he also embarked on a solo career that took him from the clubs of Munich and New York to the great opera houses of the world.

He was the ultimate showman, but he kept his private life away from the prying eyes of the media; a larger than life rock star who loved disco, classical music and ballet. He was a restless spirit, a true chameleon who reveled in his own contradictions.

All the different sides of this iconic musician can be found on Freddie Mercury: Messenger Of The Gods – The Singles. This box set brings together all 13 of Freddie’s solo singles on individually colored vinyl.

From his debut solo single I Can Hear Music, released under the name Larry Lurex, through the dance floor-influenced solo anthems of the ’80s and up to his collaborations with legendary Spanish opera singer Montserrat Caballé including the timeless Barcelona, this is a journey through the career of a unique talent.

His first solo single actually emerged a week before Queen’s own debut 7″. Released in 1973 and credited to Larry Lurex in a nod to the fashionably flamboyant noms de rock of the glam era, the Beach Boys cover I Can Hear Music and its B-side, Goin’ Back, were recorded as a favor towards a musical project by Trident Studios’ house engineer Robin Geoffrey Cable, in 1972.

As Queen’s career rocketed towards the heavens, Freddie poured his energies into the band. It would be more than a decade before he released his second solo single, the pulsating, electronic Love Kills. Originally released in 1984, Love Kills was a collaboration with famed Italian disco producer Giorgio Moroder for the soundtrack to Moroder’s update of the groundbreaking 1927 silent movie Metropolis. A Top 10 UK hit, it found Freddie moving away from Queen’s traditional sound, paving the way for what he would do next.

Released in 1985, Freddie’s debut solo album, Mr Bad Guy, fully explored the music he had fallen in love with in the dance clubs of Munich and New York. The four hit singles released from that album – I Was Born To Love You, Made In Heaven, Living On My Own and Love Me Like There’s No Tomorrow, all of which are included in the Messenger Of The Gods box set – crackled with playfully hedonistic energy, but they also hid a more serious side to Freddie. Here was a man who craved the good times but wanted something deeper as well.

Within two years, he had abandoned the sound of the clubs for the music of the opera house – though not before releasing both the epic single Time, the theme to the lavish stage musical of the same name produced by Dave Clark, and his outrageous (and strangely revealing) Top 5 cover of The Platters’ 1965 hit, The Great Pretender.

In 1987, he dived headlong into the world of opera and classical music with the towering single, Barcelona. A duet with legendary Spanish soprano Montserrat Caballé, an idol of Freddie’s, it came about after the opera star asked him to write a song about her home town.

Barcelona remains one of the most momentous hit singles not just of Freddie’s career but in pop history. Not only did it lead to an album of collaborations between these two huge talents, but the title track was also chosen as the official anthem of the 1992 Olympics. That song, together with the two other singles taken from the album, The Golden Boy and How Can I Go On, are all included as part of Messenger Of The Gods with their original B-sides.

Sadly, Freddie would not live to see the fruits of his collaboration with Montserrat Caballé showcased at the Barcelona Olympics. He passed away on November 24, 1991, just seven months before the Games took place. The grand opening ceremony was a fitting tribute to a man who thrived on spectacle.

Messenger Of The Gods is completed by two posthumous singles, In My Defence and Living On My Own (No More Brothers Radio Mix), the latter of which became Freddie’s first solo number 1 and was the biggest selling European single of the year in 1993.

Messenger Of The Gods – The Singles is a towering legacy, a collection of songs which will never lose their stature of classics and will live on forever. 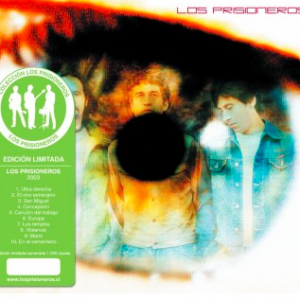 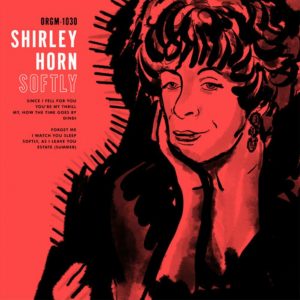 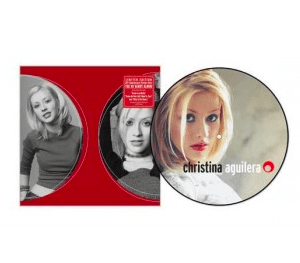