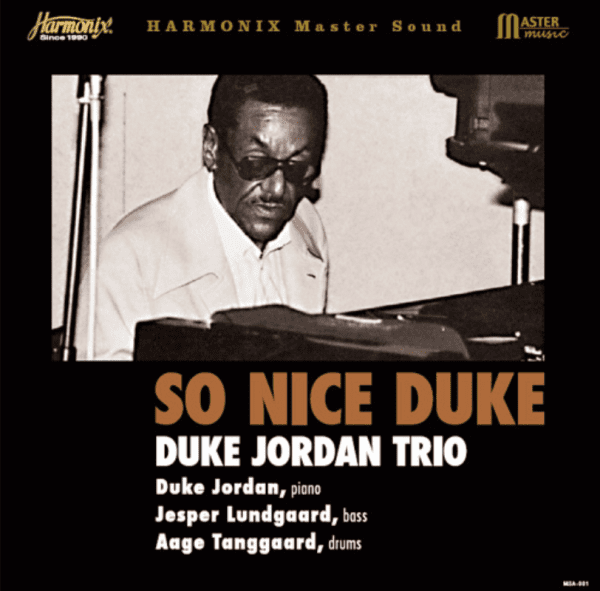 Jazz pianist Duke Jordan is joined here by Jesper Lundgaard on bass and Aage Tanggaard on drums for a session recorded live at Nagoya on June 14, 1982.

Jordan was born in New York and raised in Brooklyn. An imaginative and gifted pianist, Jordan was a regular member of Charlie Parker’s so-called «classic quintet» (194748), featuring Miles Davis. He participated in Parker’s Dial sessions in late 1947 that produced «Dewey Square,» «Bongo Bop,» «Bird of Paradise,» and the ballad «Embraceable You.» These performances are featured on Charlie Parker on Dial.

Jordan had a long solo career from the mid-1950s onwards, although for a period in the mid-1960s he drove a taxi in New York to earn more money. After periods accompanying Sonny Stitt and Stan Getz, he performed and recorded in the trio format. His most notable composition, «Jor-du,» became a jazz standard when trumpeter Clifford Brown adopted it into his repertoire.

*Note: About 2 seconds in the beginning of first track on side A, there is tape flutter noise caused during the recording.