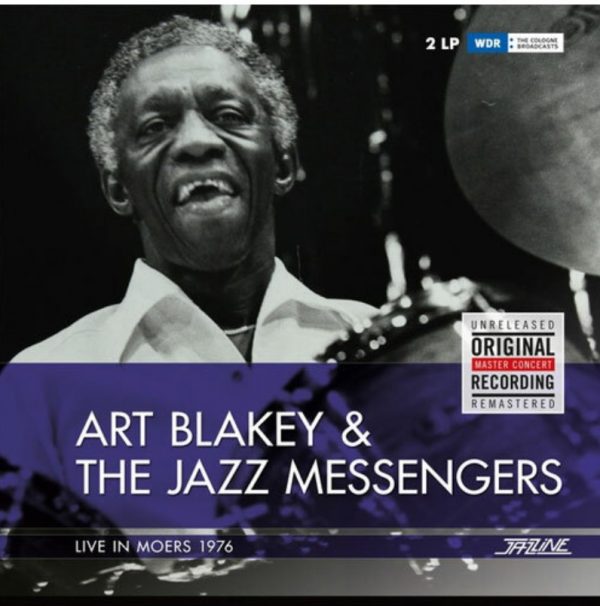 Art Blakey And The Jazz Messengers’ Live In Moers 1976 is an original master concert recording from Moers Jazzfestival (Germany) retrospectively released for the first time in 2016. Live In Moers 1976 is a part of the WDR’s The Cologne Broadcasts series, executively produced by jazz historian Dr. Bernd Hoffmann. Includes musician credits and liner notes by journalist and radio host Karsten Mützelfeldt in English and German. Arthur «Art» Blakey (October 11, 1919-October 16, 1990) was an American jazz drummer and bandleader who made a name for himself in the 1940s in the big bands of Fletcher Henderson and Billy Eckstine. He then worked with bebop musicians Thelonious Monk, Charlie Parker, and Dizzy Gillespie. In the mid-1950s, Horace Silver and Blakey formed the Jazz Messengers, a group that the drummer was associated with for the next 35 years. Blakey was inducted into the Down Beat Jazz Hall of Fame (in 1981), the Grammy Hall of Fame (in 1998 and 2001), and was awarded the Grammy Lifetime Achievement Award in 2005. He was inducted into the Modern Drummer Hall of Fame in 1991. The Biographical Encyclopedia of Jazz calls the Jazz Messengers «the archetypal hard bop group of the late ’50s». Engineered by Franz-Josef Schwarz and re-mastered by Dirk Franken, vinyl cut by John Cremer.